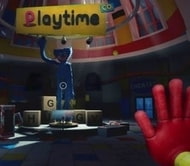 In mid-October 2021, MOB Games delighted the gaming industry with the coming out of Poppy Playtime. It is developed in the popular genres of horror and adventure so that many players liked it.

Now it is available to play only on Windows, but later most likely it is going to come out for all operating systems. And there is also the possibility that it will become cross-platform. So, the possibility of trying it on a mobile device is getting higher. That’s why just wait for the next updates that can add not only new parts but also some new functionality.

What Happened In The Factory?

This question is asked by the main protagonist throughout the entire first part. In order to understand everything, the main character specially came to his former place of work in order to find out about everything on his own.

About ten years ago, something strange happened at the factory, after which all the people who were there disappeared. After that, no one visited the building. Although before that it was open to the public so that everyone could learn how toys are made.

During the first part, the player needs to wander around a large building and try to find at least something that is going to shed light on what happened then. On the way, he also gets various cassettes, from which you are able to learn useful information.

In the process, he finds a special device called the GrabPack. With his help, he can reach anything. Therefore, this greatly simplifies everything. Now you are able to reach any object, no matter how far it is from you.

At the moment it is not yet known exactly when Poppy Playtime Chapter 2 is going to come out. The estimated release date is either the beginning or the end of 2022. Since the developers want to come out with a good sequel, it is clear that they are going to need some time to develop.

Judging by the ending of the first part of Poppy Playtime, in the new part the main protagonist is going to meet with the same doll as the girl. It is about this toy that is said at the very beginning, as well as this is what the name says.

Apparently, she is the main evil here and the cause of everything that happens. Therefore, players can only wait to find out who she is, the main antagonist of Poppy Playtime. And whether it will be more terrible and dangerous than the blue anthropomorphic monster that roams the corridors in search of the player.