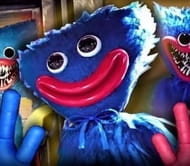 Poppy Playtime Full Game is not yet fully available at this time. For now, you can only enjoy the first chapter, which mainly introduces you to the basic controls as well as the characters. It is also known about the release of the second episode, which is scheduled for 2022.

It is developed in one of the most beloved genres of players, namely horror. So if you are a fan of the state when the blood boils, then you will definitely be interested to learn more about this game.

If you are already thinking about downloading it, then it is available on your pc in Steam. In addition, given the fact that the developers are newbies, we can expect the release of other interesting games from them.

In the first part, the player learns that the main protagonist used to work in a factory where a strange incident took place. As a result, many people disappeared, after which the building became abandoned. Now, many years later, the main character decided to return to find out everything.

At the factory, he finds a special device that many players like so much. With its help, he can overcome any distance with the help of long arms. So now objects that are far from you are now not so difficult to reach.

It’s also worth mentioning that a giant blue monster is wandering around the abandoned toy factory. If he notices the player, he starts chasing him. So in this case, the player needs to run as fast as possible so as not to be caught by him.

The first chapter ends very ambiguously, as the main protagonist simply comes to the room where the main antagonist of Poppy Playtime is. Then she only says a few words to him, after which the first part of the game ends.

What is going to happen in the second episode is still unknown, but judging by the first part, the full version is definitely going to be very interesting and dynamic. So, if you really liked the concept, then you will definitely be interested in playing the chapters that are going to come out later.